Europeans take part in the destruction of the rainforest, because they import many soybeans from South America. A new research group is looking into whether we can grow soybeans in Northern Germany where it is getting warmer due to climate change

Have you thought that most of the imported soybeans to Europe is not for vegan food alternatives, such as, tofu, but for cattle feed?

With this, we do not want to say do not eat tofu that comes from Brazil no more (and how do you track this down anyway?), but rather that regardless of our lifestyle decisions, we inevitably have both negative and positive impacts on our surroundings and also overseas. 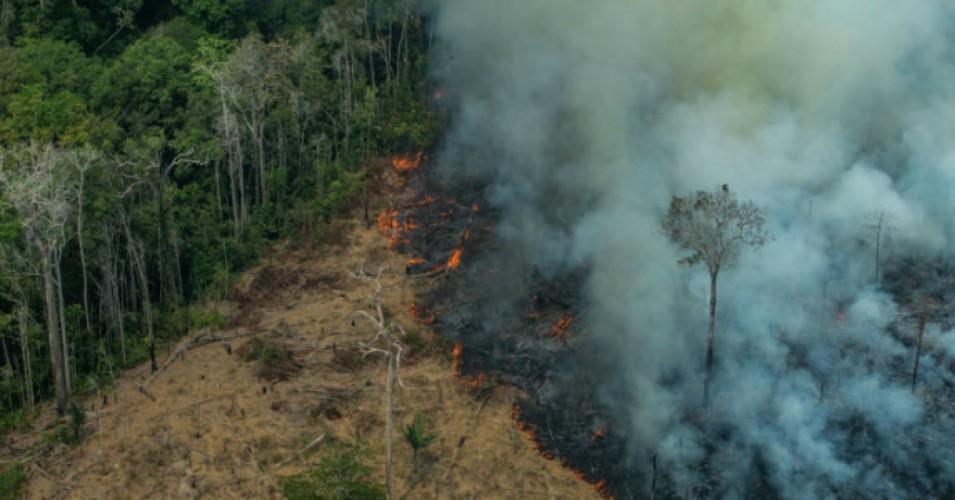 In the case of soybean production, in 2018 alone, the European Union imported almost 34 million tonnes of soybeans from North and South America, representing around 90% of its total soybean consumption in a year. This equals burning a great extension of the rainforest.

In comparison to other staple foods like wheat, rice or potatoes, soybeans have a higher protein content.  They are not only important for direct human consumption; but also central to meat production and the cattle industry.

Most soybeans are imported because they need lots of sunshine and warmth to attain feasible yields. Northern Germany has yet to provide enough sunshine hours for optimal growing conditions. In contrast, southern Germany has been able to produce fair soybean yields since the climate has been normally warmer in comparison with northern locations.

A research group from the Climate Service Center Germany (GERICS) together with the Hamburg University is investigating the feasibility of growing organic and local soybeans. Due to climate change, Lower Saxony may prove to be warm enough for soybeans to grow. The research is conducted using a crop model that helps simulating future climate conditions.

It analysed two scenarios where soybeans were grown either as a monoculture or within a crop rotation including wheat, corn, potato and sugar beet.

The preliminary results of crop model scenarios show that it may be possible to get soybeans yields of around 4 ton/ha without any kind of water stress or, in other words, with an unlimited supply of water. This equals the average amount harvested in the United States, currently one of the world leaders in soybean export.

In reality, this would mean that farmers must heavily irrigate soybeans, which could negatively affect crops in the rotation.

The research group is still exploring whether soybeans can help improve soil quality and, if so, whether they can also improve soil water retention., which could help to irrigate less in the future.

But what does this mean for us living in Hamburg?

Maybe you were not aware that most of our consumption water comes from Lower Saxony, and if you did know, perhaps you have not considered the potential water conflicts between local agriculture in Northern Germany and urban consumption in Hamburg.

An increased irrigation demand puts additional pressure on the groundwater resources that are not only for farmers to sprinkle their fields, but for us to drink and cook. The future scenarios illustrated in this research show not only an increment in more water demand for agriculture, but according to other studies in the regions (Please refer to the Project KLIMZUG-NORD), also the risks food production faces without irrigation.

Indubitably, irrigation technology investments are part of the solution in order to improve application efficiency. The Government is preparing a budget of 3 Million Euros for water management under drought conditions as the ones we experience currently.

But what about our consumption?

According to a Statista Report from 2018, the Hamburg federal state had the highest per capita water consumption with an average of about 140 litres. On the other hand, Lower Saxony was in place number six.

Climate Change represents a challenge for all sectors in society, yet as common citizens we should remain active and participate in decisions related to climate adaptation policies and expenditures. Though the agricultural sector could seem far away to us, the same water sources are to grow those potatoes from the ‘Heide’ and to clean and cook them in the comfort of our kitchen.

Interesting article about drought and deployments on groundwater in Lower Saxony (in German): https://www.ndr.de/nachrichten/niedersachsen/Grundwasser-wird-in-vielen-Regionen-knapp,weltduerretag100.html

View all posts by Andrea Fajardo

Any cookies that may not be particularly necessary for the website to function and is used specifically to collect user personal data via analytics, ads, other embedded contents are termed as non-necessary cookies. It is mandatory to procure user consent prior to running these cookies on your website.