What do feminism, antiracism, and social justice have to do with the climate crisis and climate solutions? Well, a lot. 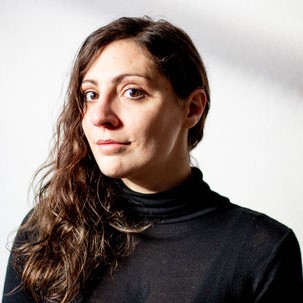 I only very recently came across the definition of intersectional environmentalism; however, the idea and the practice were not new to me. My understanding of feminism, environmentalism, and social justice have all started from different places — and at different times in my life — and have gradually converged to the same conclusion. That we can only achieve a truly fair future for our society if we address and eradicate all forms of injustice and inequality. And it’s exactly on these principles that Climate Hub Hamburg was founded back in 2018. We all agreed that we needed to talk about the climate crisis, its causes, and its possible solutions, from all different perspectives. The notion that all climate issues revolve around greenhouse gases emission and all we have to do in order to fix the problem is reduce them is a very dangerous oversimplification. To find long-lasting and just solutions, we need to understand the socio-economic system that we live in — and that ultimately generated the climate crisis — the role we play as individuals in this system, as well as the effects of a warmer climate, not only on our planet but also on the people.

And we have been learning a lot about our society lately. In the midst of the worldwide repercussions of the brutal murder of George Floyd at the hands of a police officer, we collectively realised how badly we needed to pay attention to what black people have been saying all along. That we live in a racist and unequal system, where people are heavily discriminated against and often killed just because of the colour of their skin. As we listened, content from black creators and activists started flooding our social media feeds and that’s how I stumbled upon an Instagram post by environmental activist Leah Thomas. In this post, she describes the concept of intersectional environmentalism and calls for environmentalists to support Black Lives Matter, and address racial inequality in the context of climate action. But what does Black Lives Matter have to do with environmentalism? Well, a lot. Police violence and anti-blackness are not only widespread far beyond the US: they are also two of many deadly expressions of the pervasive inequality that exists in all countries and against all marginalised communities.

Where does intersectional environmentalism come from?

Before her, many activists and scholars have been investigating how the same socio-economic system can create different kinds of injustice and how they are interconnected. For instance, intersectionality is a term usually associated with feminism and it originally referred to how different social identities contribute to the oppression of women, in particular of women of colour. It was coined in 1989 by African-American feminist scholar Kimberlé Williams Crenshaw and it has since then expanded to include other identities besides race and gender, such as nationality, class, and ability. When we talk about intersectional environmentalism, we are then talking about how all these identities need to be taken into account when discussing climate issues as well.

The climate justice movement, only recently launched into the mainstream thanks to the school strikes of Fridays for Future, has brought the notion that environmentalism and social justice are connected to the attention of a wider audience. The current movement focuses on the imbalance between the countries that historically caused the most emissions (usually defined as the global north), embodied by the older generations currently in power, and the countries that are suffering most of the catastrophic effects of the pollution they only marginally — if at all — profited from (usually defined as the global south) and the generations that will have to deal with a warmer planet. Yet, the idea that environmentalism and justice are linked existed long before Fridays for Future and involves a much wider range of social identities than rich/poor and old/young.

The conceptualisation of these issues on an academic and grassroots level began in the 1970s. In 1974 French feminist author Françoise d’Eaubonne introduced the notion of ecofeminism and the idea that the exploitation of the environment and natural resources and the oppression of women and all other marginalised groups are products of the same patriarchal power structures. Many after her, from Indian activist and scholar Vandana Shiva to activist and journalist Naomi Klein, have explored the connections between extraction economy, capital accumulation, and inequality.

African-American civil rights leader Benjamin Chavis contributed to the conversation by coining the term environmental racism in 1982. At the time, it referred to the correlation between racial demographics and exposure to toxic waste in the United States and has now grown to include the way in which all people of colour are disproportionately affected by the effects of the climate crisis, all around the world. And this includes the so-called global south as well as all marginalised communities existing in the so-called global north countries.

These are only some of the best-known definitions and authors. There are others, and there are people living by these principles without knowing what academics have been naming them, or whose knowledge and actions have not been published.